Who’s the Man on the Moon?

The first man on the moon was Neil Armstrong…probably. Don’t worry, this isn’t a page for conspiracy theories, we’re certainly not discussing whether the moon landing was faked or not. We’re talking about the original guy, the “man on the moon.”

If you stand outside on a clear night, looking up at the moon during its full phase gives you a pretty clear view of the surface. Most people see a face; most others see a hunched figure carrying a sack on his shoulder. (Some people and cultures though consider it to be the moon rabbit instead of man.)

Human imagination is profound, and the idea of a man being on the moon is older than history itself. He’s made appearances in just about every culture with a written historical record, from china, to the Jewish and Christian beliefs.

So, who is the man on the moon (according to religions)?

In Christian/Jewish mythology, it’s a man who was caught gathering sticks during the Sabbath. It’s referenced in the book of Numbers, XV 32-36, where a man was caught and put to death by stoning. The man being put on the moon isn’t directly referenced, but it was a common inference that when it’s the full moon phase you can see that unnamed man that was punished by God for disobeying his laws.

The Vikings and followers of Odin and Thor, believed that the face on the moon was the being called Mani (which literally translates to moon) as it moved across the sky every night until it was caught by Skoll and brought about the Ragnarock.

In some parts of the Chinese cultures, the figure on the moon isn’t actually a man. It’s the figure of Chang’e, the goddess of the moon. She once lived on Earth, but was doomed to the moon after she drank two doses of an immortality potion by mistake.

To read more about the mystical aspects of full moon phase read our post about it here.

Pop Culture References to the man in the moon

The man in the moon has captured our imaginations for centuries, so it’s no surprise that he’s made multiple appearances in popular culture through time. Whenever it’s the full moon phase of the lunar cycle, it’s bound to inspire artists, imaginators, and the creators of the time. 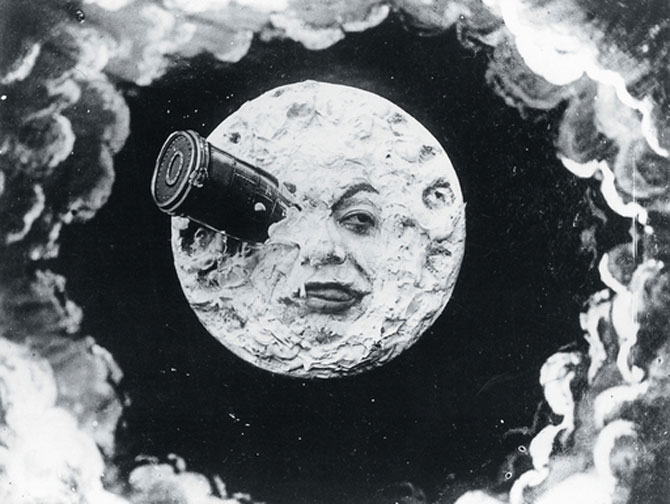 It may not seem like it, but “the Divine Comedy” written by Dante Alighieri during the Renaissance, is something that would have been considered “pop culture” during it’s time. It was an epic poem written in the vernacular of the people (Italian rather than Latin which was considered the intellectual language) so it was very popular and wasn’t considered the “great literature” that it is today.

In the Divine Comedy, Dante references the man on the moon being Cain, the son of Adam and Eve who famously murdered his brother, his punishment for which was to become the man on the moon. There is no direct biblical reference to this, but it could definitely echo the established Catholic dogma of the time.

It should be noted though that when he wrote the Divine Comedy, Dante Alighieri had quite the chip on his shoulder.

Or “a Trip to the Moon”, a French silent film produced by Georges Méliès in 1902. It was made before the films were in color, but miraculously this movie is in color, Georges Méliès was an innovative filmmaker and painted every frame by hand. It’s a very interesting short movie, and features the Man on the Moon in a very unique and stylized manner. He may only make an appearance for a few moments as he’s shot in the eye with the rocket, but it’s an iconic moment for the moon.

If you want to watch Le Voyage Dans La Lune, it's available to watch on Netflix (and several youtube channels).

What the man on the moon actually is (according to science!)

The dark spots that we see during the full moon phase are called a “maria”, in a single form it’s called a mare. The lighter spots of the moon are formed from mostly anorthosite, an igneous rock that was formed in the Precambrian period. The maria are craters that have been lined with basalt, which is much darker than the anorthosite.

The basalt filled the basins before the moon was completely cooled but after it had ceased being an ocean of lava. The commonly accepted explanation is that they occurred by the heating of the moon’s mantle in the same way that volcanoes still occur on Earth. 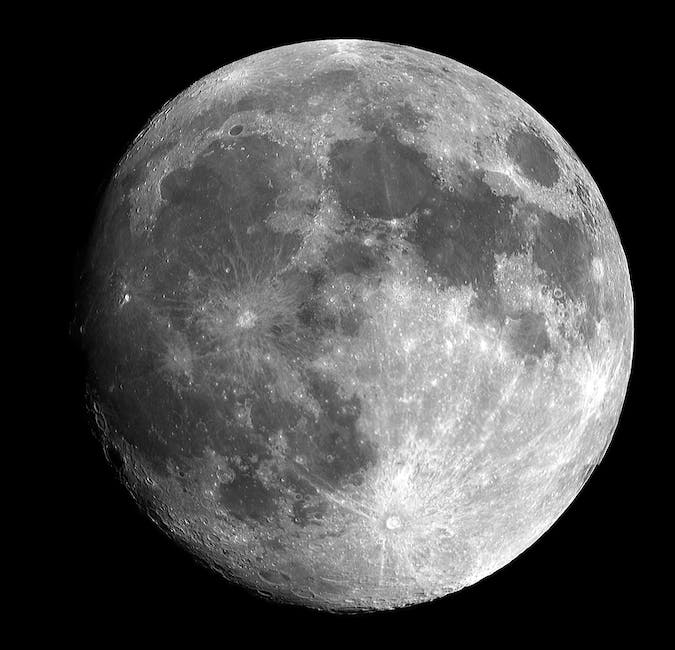 Why are we so fascinated with the Man on the Moon?

The man on the moon has captured human fascination for centuries, whether we see a face, or the figure, the stories are always tragic. People tend to be drawn to the human likeness, and are finding faces everywhere. It’s like the moon is a giant emoticon hovering in the sky looking down on us. When the full moon phase is out it’s bright and soothing in its consistency.

It’s hard to pin down the exact reason we’re so fascinated by this phenomenon, but one thing’s for certain: we’re going to continue to be fascinated and drawn to the man on the moon for the next millennia just like the last.

Want to know more about the full moon phase and the other moon phases? Check out our blog about it here.