The Magic of the Harvest Moon

The 2017 harvest moon is set for October 5th. It will appear to be the biggest full moon of the year, with a beautiful reddish and burnt-umber orange color. It’s the harbinger of the fall, and the sign of Halloweeen being right around the corner. But what’s so special about this particular moon? Why are we so fascinated by the harvest moon?

What makes something qualify as the Harvest Moon?

It’s not just the timing that helps identify the harvest moon it’s the placement in the sky. The harvest moon rises sooner and closer to the horizon, so it always appears to be bigger. It’s called the “Moon Illusion”, and I’ll explain a bit more about that in a bit. The orange color comes because there’s more atmospheric interference to objects closer to the horizon, so the harvest moon will have a more reddish, orangey sort of glow that gives it a more mystical and fall-like color. It's the size and the color that capture our imaginations, both are surprisingly simple to explain using modern science. But the Harvest moon is far from being free of it's share of folklore, and associated witchcraft.

Interested in the other phases of the moon? Check out our post explaining it all by clicking here.

The Moon illusion is one of the oldest optical tricks in the universe. The oldest one that humans have been falling victim to at the very least. Even Aristotle thought the moon looked bigger as it hugged the horizon compared to the zenith of it’s nightly arc. At the time they attributed it to the way the atmosphere magnified the moon’s appearance, but that’s not really the case. It’s all in our own eyes and heads.

The most commonly accepted illusion explanation is very similar to the geometrical-optical called the “Ponzo Illusion”. Though it’s by no means a settled on and determined subject. But these facts remain: the moon is always the same size in space, and is the same size in the night’s sky, whether it’s on the horizon, or straight above us. The moon phase doesn’t seem to change it’s apparent size much either.

Optical illusions are incredibly tricky, but really fun things to explore. The illusions aren’t limited to just the moon, it affects the sun, specific stars, and the constellations are subject to the “Moon illusion” as well.

The Harvest Moon and Witches 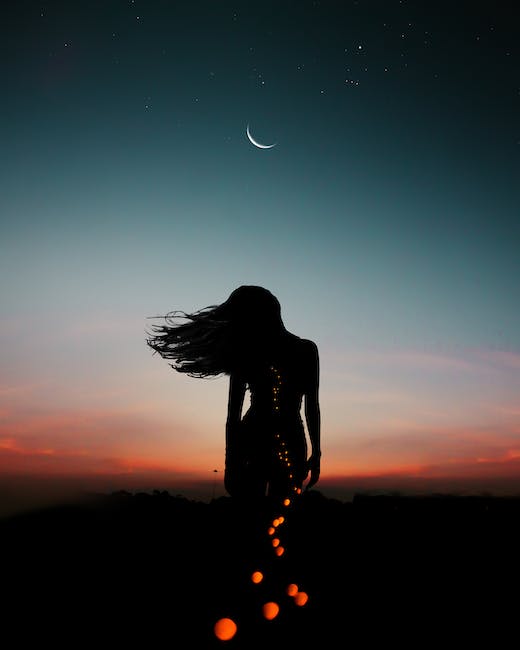 History has not taken a keen view on witchcraft, or the women (usually of independent means and understanding of science beyond their time) who utilize it. But time and tides have by no means wiped away the traditions of Witchcraft (now usually referred to as Wicca and Paganism) off the face of the Earth.

Contrary to expectations, the Harvest Moon is not the time to cast a crazy variety of spells and invoke “black magic”. It’s more a time for spiritual, emotional, and physical cleaning and preparing. It signifies the changing seasons, and most people, whether they are Wicca or even mean to, use it as a time to start clearing away the old and preparing for a long winter inside.

The easiest comparison is for Wicca, it’s a time for emotional spring-cleaning, only instead of the spring, it’s the fall. And instead of getting everything out into the newly fresh air, they’re clearing out the clutter and carefully storing away their good feelings to see them through the winter.

Wanna read up on a real witches rituals for the Blood and Harvest moon? Check out this post.

History’s view of witchcraft is actually very sexist. (No big surprise there) The targets were usually women, and women who were either a burden on the community, or were independent and threatened their deeply held views. The stereotypical pointed hat, broomstick wielding, witches that we’re used to are actually the beer-maidens, and the hats and brooms were marks of their trades and marketing.

The harvest moon was also referred to as the “blood moon” because of its orange and reddish color. It’s natural that there would be a connotation between the harvest and blood moon with dark and scary magic, even though it has next to no base in reality. Some witches maybe dance naked under it’s glow, but if they do, it’s in private settings, far from voyeuristic eyes.

To read other myths and legends associated with the full moon phase, check out this article.

The Harvest Moon and Changing Seasons

Perhaps humanity’s obsession with the Harvest Moon is tied to our obsession with the changing of seasons. Sure, history hasn’t always been obsessed with pumpkin spice lattes, but we’ve always been eager to embrace the change of seasons. From the heat of the summer to the cool days of harvest, plenty, and fall. But that also explains the ominous quality that it holds as well. Autumn is the season transitioning to winter, and for many humans through history, winter was a season of death. So our fascination is tightly intertwined with natural trepidation. Or maybe that's way off base, maybe it's just how close it is to Halloween (or Sahmain) that makes us love this beautiful orange moon as it sends a shiver up and down our spines.